Our bedroom overlooking the southern mountains

View of mountains from our bedroom

View from our room of swimming pool and the mountains 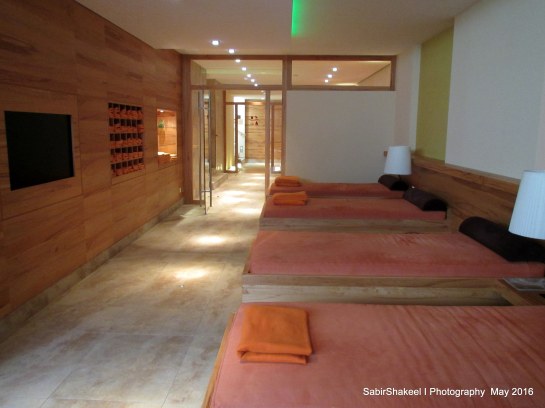 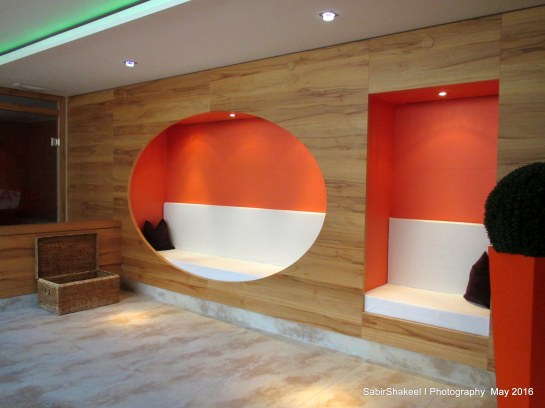 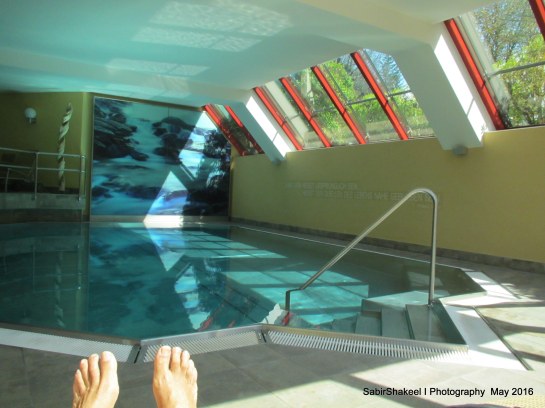 Beautiful flowering trees around the Resort 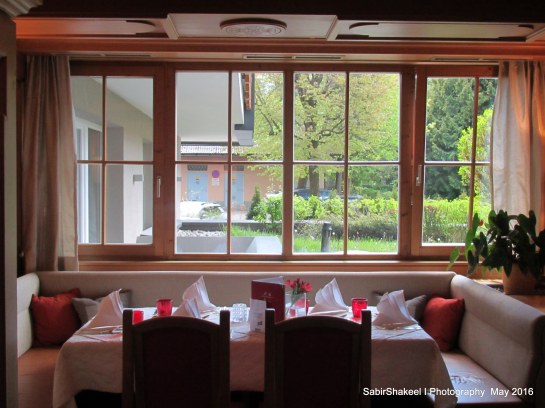 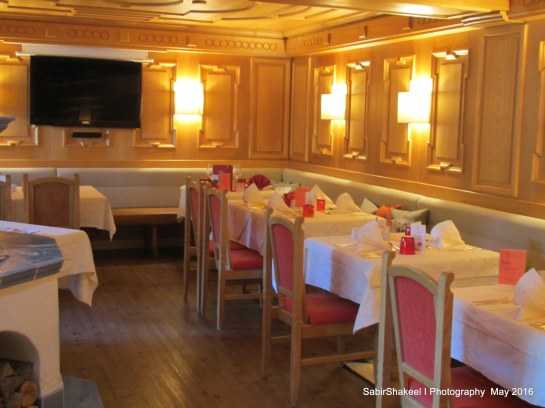 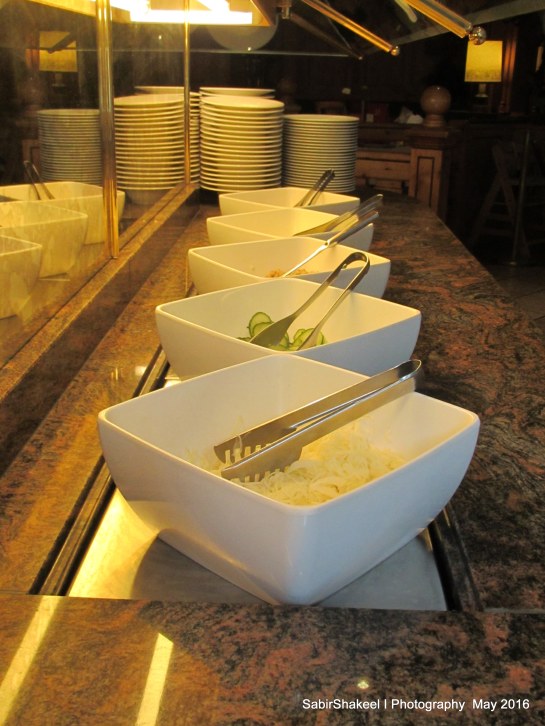 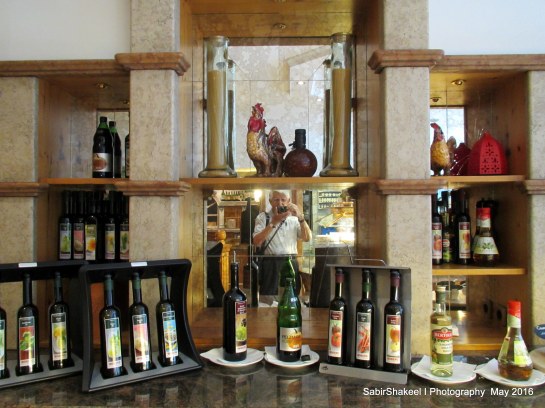 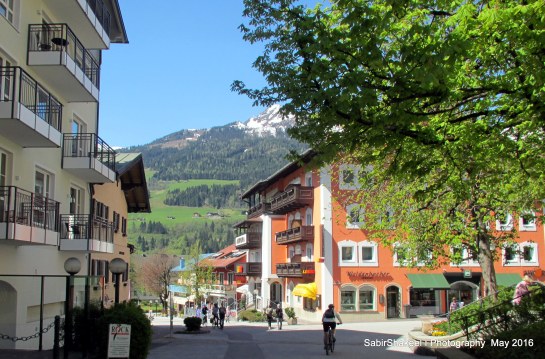 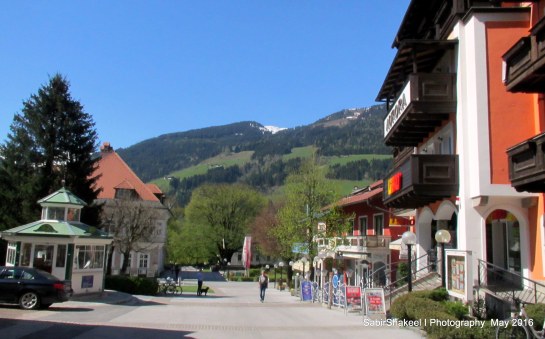 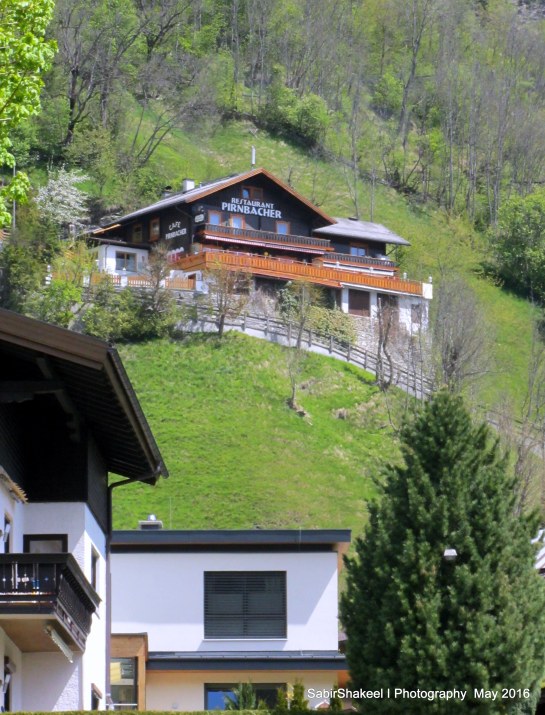 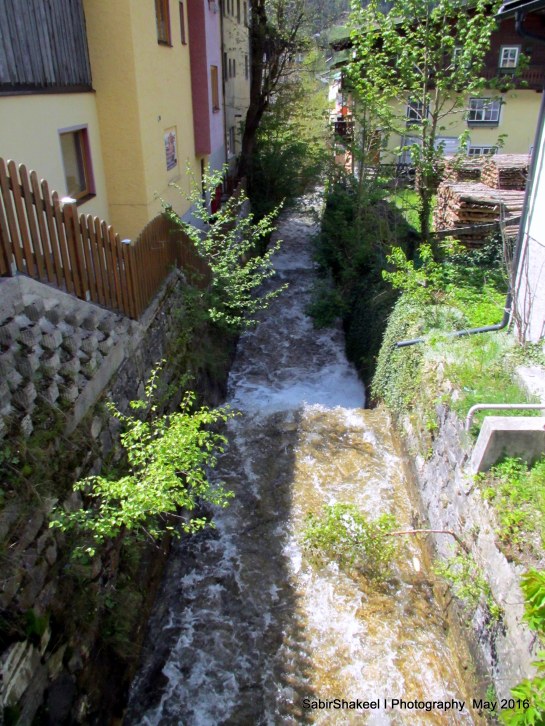 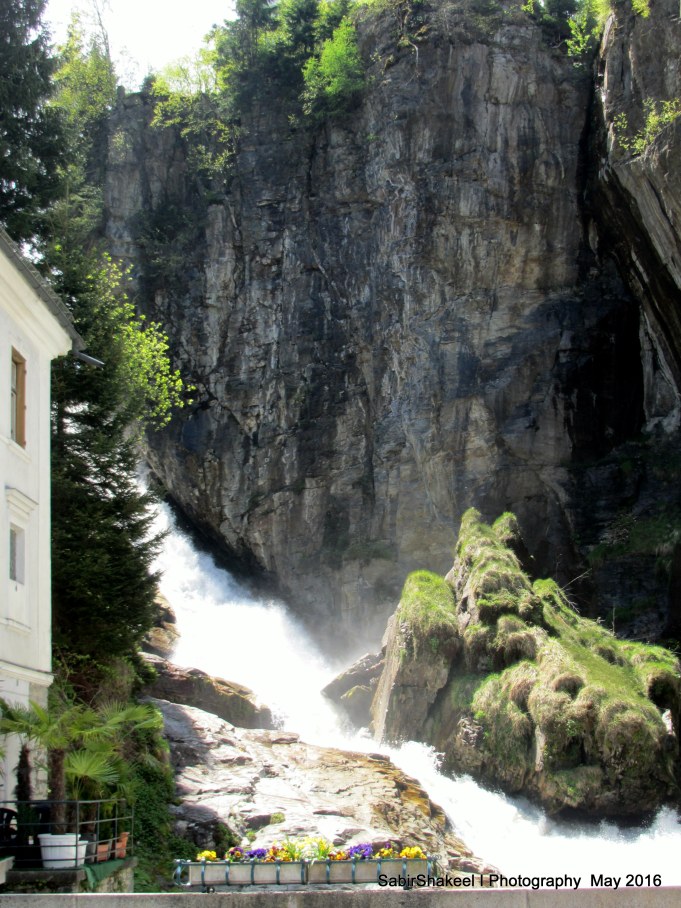 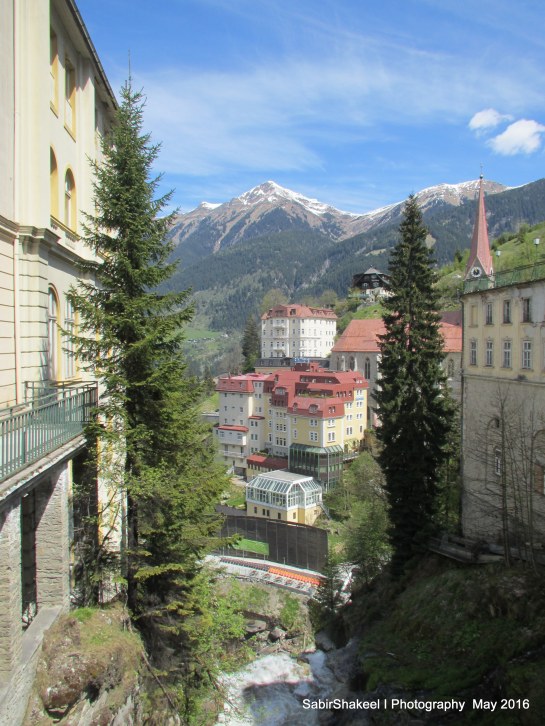 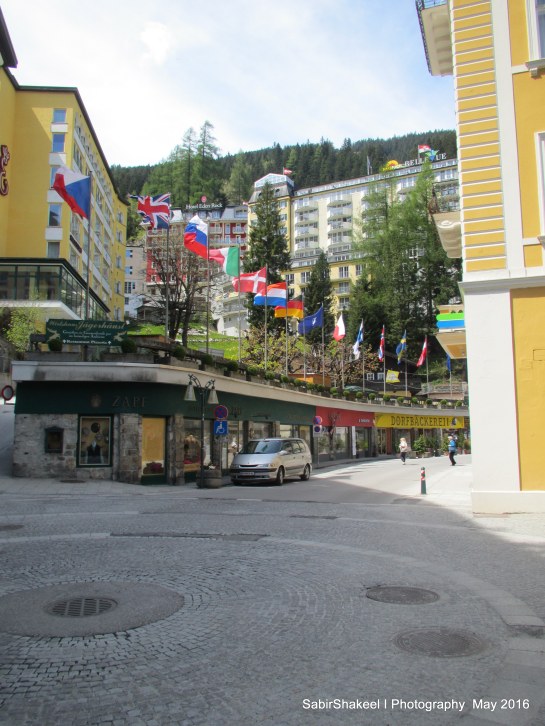 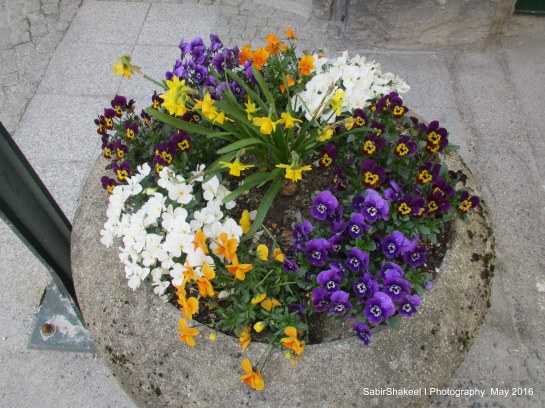 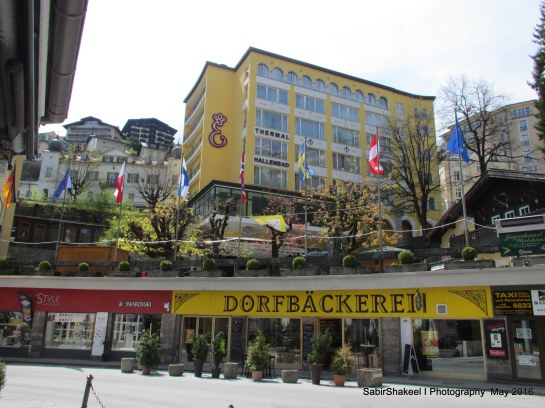 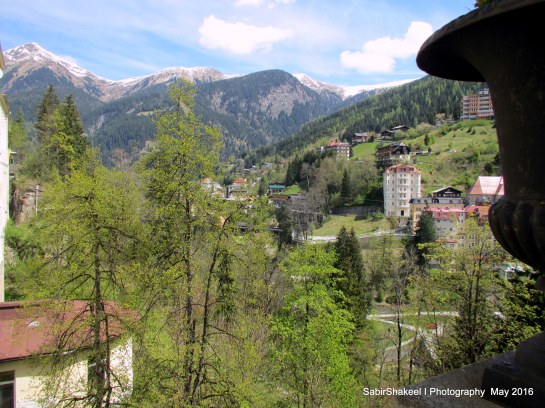 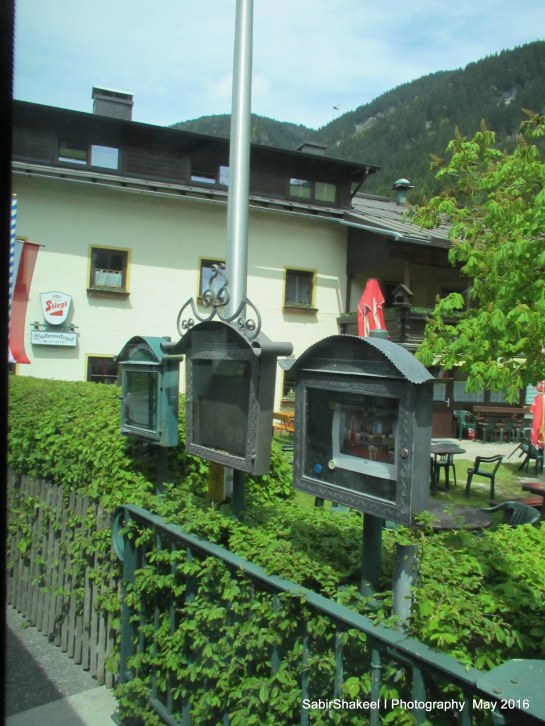 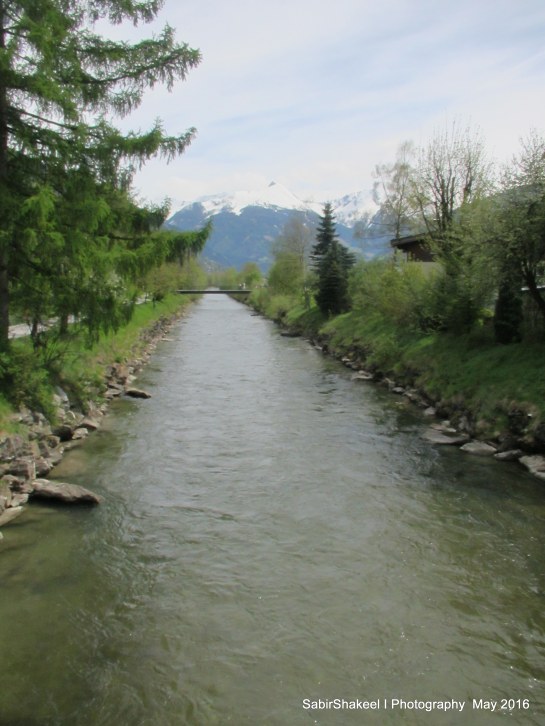 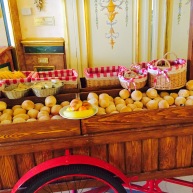 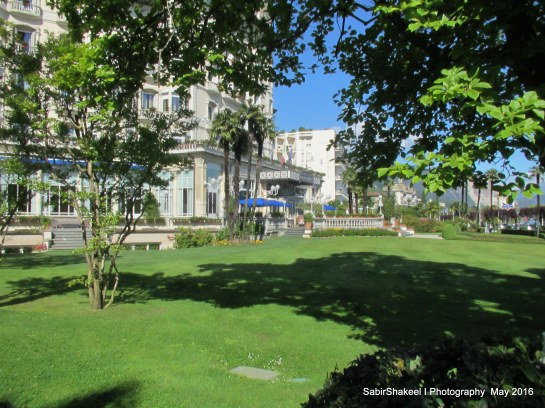 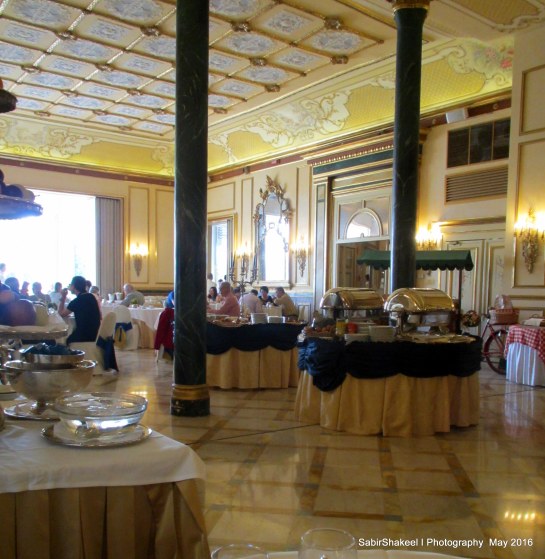 The Regina Palace Hotel, in Stresa, Italy, on the lakeshore of Lago Maggiore, occupies a prestigious location. “It first opened in 1908, the hotel preserves its original fin de siècle charm in its façade and furnishings, while offering the best of today’s conveniences and technology following tasteful renovations.” 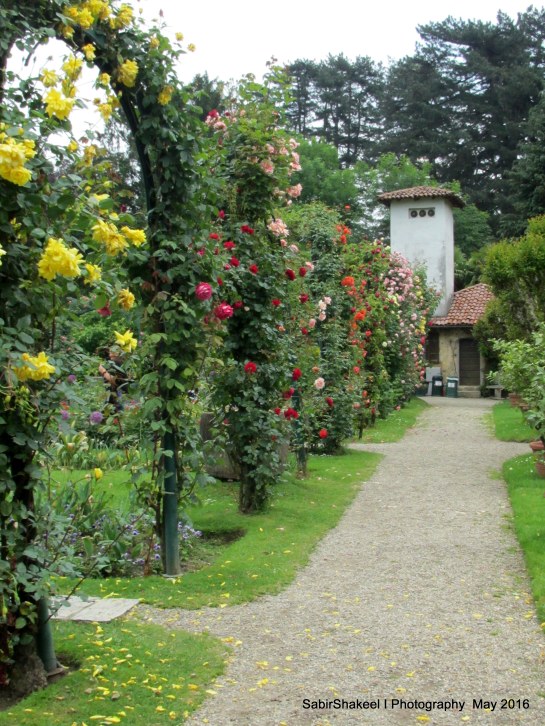 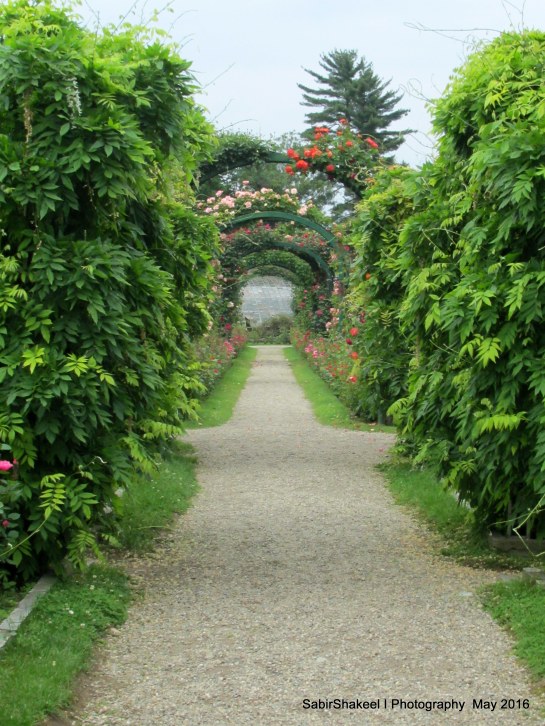 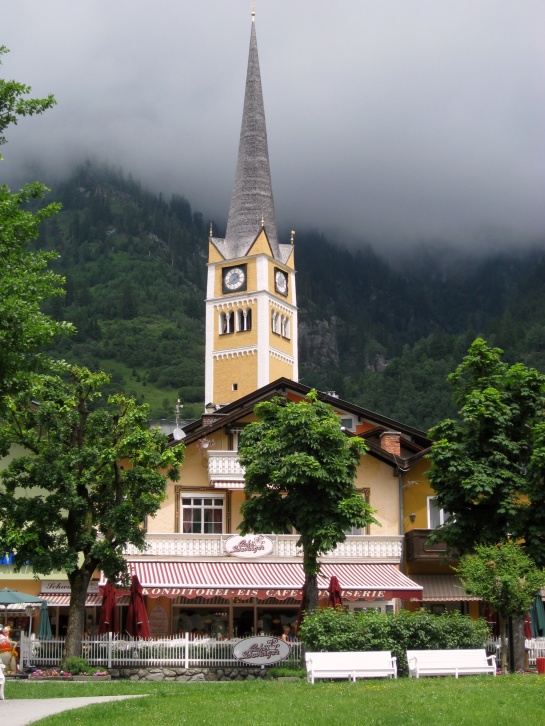 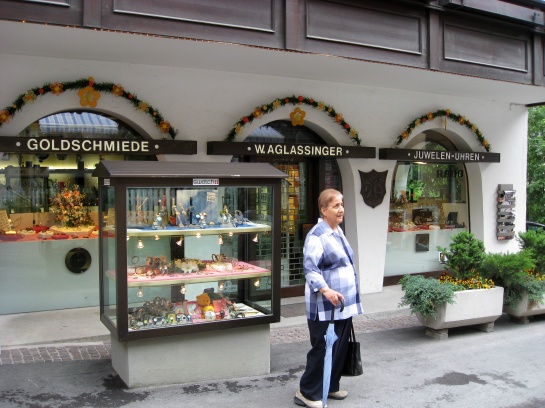 SALZBURG FROM THE AIR 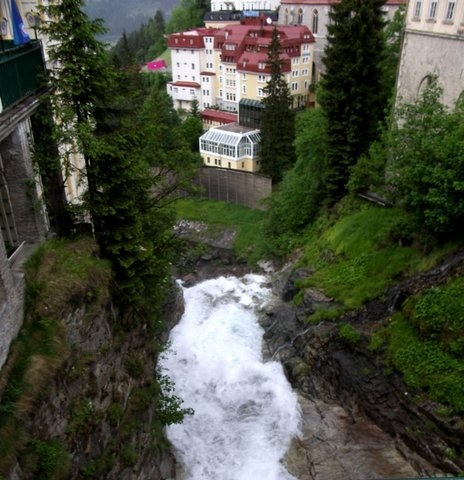 Only an hour away by car or by transfer service from Salzburg, lies the most beautiful Gastein Valley that we have visited three times (in May, 2007, Jun. 2008 and Jun. 2013). It is a popular destination for skiing in Winter and for jogging, hiking and Nordic walks in Summer. It is also famous for its spa resorts including ALPENTHERME Bad Hofgstein, one of the biggest in Austria, with Thermal indoor and outdoor pools, “Ladies World for women” with sauna, steam bath and tea bar, and 10 saunas and steam baths, plus facilities for the children.

“Three towns – one valley! This is the Gastein holiday region with its communities of Dorfgastein, Bad Hofgastein and Bad Gastein in the heart of SalzburgerLand. Gastein valley offers a wonderful world of hiking coupled with modern spa resorts and an array of amenities for wellness and good health.” (www.Gastein.com)

“The Gastein valley was first mentioned as Gastuna in a 963 deed, then part of the Duchy of Bavaria, and was purchased by the Prince-Archbishops of Salzburg in 1297. It was originally a gold mining area and the site of an ancient trade route crossing the main ridge of the Central Eastern Alps. About 1230 the minnesinger Neidhart von Reuental referred to the hot springs in his Middle High German poem Die Graserin in der Gastein, they were visited by Emperor Frederick III as well as by the Renaissance physician Paracelsus.”

“In the 19th century the waters of Bad Gastein became a fashionable resort, visited by monarchs as well as the rich and famous. Some notable guests of the past included Empress Elisabeth of Austria (Sisi) and the German Emperor Wilhelm I with his chancellor Otto von Bismarck as well as Tsar Ferdinand I of Bulgaria, King Faisal I of Iraq, King Ibn Saud of Saudi Arabia and Iran’s last king Mohammad Reza Pahlavi, industrialists like Wilhelm von Opel and artists like Heinrich Mann, Robert Stolz and W. Somerset Maugham. In 1865 Bismarck had signed the Gastein Convention with Austria concerning the administration of the provinces of Schleswig and Holstein after the Second Schleswig War. The composer Franz Schubert is believed to have sketched a score of a Gastein Symphony in 1824. No score of this Gastein Symphony appears to have survived, but it is often identified with the Sonata in C major for piano four-hands (Op. 140, D 812) and/or the Octet in F, D 803.
Mass tourism was pushed by the opening of the Tauern Railway station in 1905. From the 1960s on the resort lost some of its former notoriety and many former hotels sit empty. During the past few years, Bad Gastein renovated its Felsentherme and the Congress Center.” (Wikipedia: “BAD GASTEIN”)

The Town of Bad Gastein has a special appeal to visitors as most of its buildings, commercial (hotels, spas, shops etc.) and residential or private buildings, all are on the slopes of northern and southern mountains with a small Downtown. It is from here that you will see the Gastein Water Fall coming down from the mountains and continuing under the bridge in Downtown, all the way to the Gastein Valley and flows as a river, radioactive one, due to the fact that it passes through glaciers touching some uranium deposits . (I had seen myself in 2008 a cautionary Notice Board at the Wiener Allee on the bank of this river pointing its “radioactivity” and to be “Careful”). The Gastein Water Fall is the most beautiful one in the entire Gastein Valley. In 2013 visit along the river, with a beautiful view of shimmering mountain on the east, we enjoyed our walks on (Wiener Allee) meant for bicycling, jogging and walking, bypassing ALPENTHERME and a lake in the ALPENKURPARK.

THE GASTEIN HEILSTOLLEN
Health and energy from the mountains of Gastein

“The perfect interplay of radon. warmth and humidity make the Gastein Heilstollen radon gallery the most effective natural therapy for the treatment of rheumatic complaints. 2 kilometers removed from the daylight, we encounter pleasant heat ranging from 37 to 41.5 degrees Celsius, high humidity between 70 and 100 percent, along with high natural radon levels in the air. Sustained pain relief and reduced need for medications are at the forefront of benefits for guests of the radon galleries. The success rate is close to 90 percent.”

“The climate of the Gastein Heilstollen radon gallery is unique worldwide and activates the cell’s own repair systems. Messenger substances which promote healing and reduce inflammation are boosted. An immunological balance sets in. Aside from alleviating pain, the therapy is an outstanding means to maintain good health and strengthen the immune system.”

“Originally they were looking for gold when they began working the Paselstollen mine. But instead, they discovered the most effective natural therapy for the treatment of chronic musculoskeletal complaints. Though a therapy program in the galleries is also recommended for diseases of the respiratory system and skin as well.” (Wikipedia, BAD GASTEIN)

The effects of Gastein Heilstollen therapy

Pain relief – sustained, on average, for 9 months
building upon this, a reduced need for medications
– lasting for up to 1 year
resulting in an increased quality of life.
Optimal therapeutic success is attained through the interaction of 3 levels of treatment, pain relief, movement and training. Above all in coping with chronic diseases of the musculoskeletal system – when conventional methods have reached their limits – radon therapy is the preferred natural treatment form.” (www.Gastein.com)

“The Gastein Heilstollen is the world’s biggest therapy center for Bechterew’s disease, with around 3,000 patients suffering from this disease participating in therapy annually. Current scientific studies at renowned international universities, have documented the long-lasting therapy successes.” (www.Gastein.com)

I STRONGLY ADVISE that
1 – you understand what “Radon Therapy” is, why do you need it, read about it,
it’s side effects etc.
(Wikipedia: “Radon” and check the link http://www.testyourhome.ca/radon.html)
2 – before undertaking a trip, consult your family doctor and take a second opinion,
if necessary,
3 – take a list of medications you are taking (name of the medication, dosage, etc.)
4 – you will be given a medical checkup by the doctor before allowing you to visit
the Radon galleries
5 – be sure you are not claustrophobic, you might react to the closed mine with only
small entrance (closed once the visitors are in), lots of people, hot and humid
inside dimly lit

After Bad Gastein, Bad Hofgastein is the most beautiful town in Gastein Valley which has several Spa Hotels in addition to ALPENTHERME, mentioned earlier. Among these spa resorts is Impuls Hotel Tirol, our favorite since 2007 (with repeat visits in 2008 and 2013) . This Hotel is ranked #3 by TripAdvisor among the 19 hotels in Bad Hofgastein.

IMPULS HOTEL TIROL “is the product of a “visionary Bibiana Weiemayerr-Schmid” family- who have expanded it year after year, from 2008 to the present, every time with new facilities and features, culminating in a Peace of Art, rooms with paintings of Mr. Weiemayerr capturing the spirit of “IMPULS” mission.
Spa facilities and procedures are well designed and packaged to fit individual needs and wishes. Radon Therapies (new since our last visit) and Massages of various types, Physiotherapies and Fitness facilities are all to fit into the goal of Impuls mission.

The whole place is immaculately clean, richly appointed with most modern facilities and decor of rooms to fit every taste and choice. We loved our room Pink 202 (twice just Pink Room with everything pink – curtains, bed covers and sofas etc.) and latest one the same room with complete make over, more richly and tastefully appointed but not pink, except for one chair.
Eating at Impuls is a pleasure to remember for a long time and a longing to come again. Over the last 5 years, we have found the Weiemayer-Schmid family more caring and welcoming as real friends that may last for a long time.

Over the years, we have seen changes, expansions and extensions to make this ‘resort’ Hotel to meet the changing needs and demands of its customers. Bibiana MeiermayerSchmid and their Impuls team will make your stay so comfortable that will make you feel at home and , when leaving, you will leave with a longing to come back.” (My Review on TripAdvisor)

Bad Hofgastein is a very pleasant town, with a small but elegant shops, spread out on different levels of the downtown streets. Shop owners are friendly and would remember you if they have met you before. It is this friendly nature of Austrians in this valley that you appreciate most. Every person passing by will say ‘Hello’ regardless they know you or not. In Vienna, you will find the opposite. Discover this beautiful valley whenever you travel next. 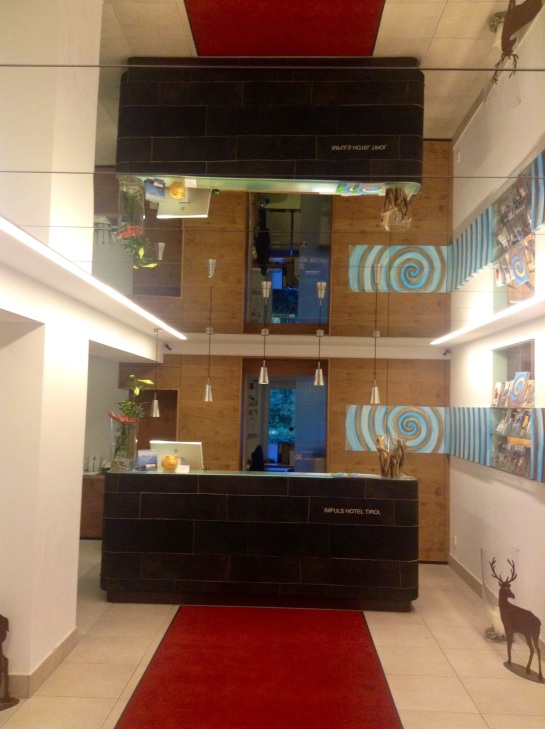